Not long ago, I had the opportunity to sit down with Carter Cast, the author behind The Right – And Wrong – Stuff: How Brilliant Careers Are Made And Unmade. Hiring success has a great influence on career success, and we discussed five negative archetypes that confront employers while filling a job opening. Together, we discovered some tell-tale signs that your interviewee may fall into one of these categories.

Solo Flier
Have you ever worked with someone who thinks their way is the best and only way to do something? It’s very frustrating. While this type works well individually, they can be detrimental to a team environment. They usually claim to have no time or were too busy to accomplish their tasks; in reality, they may fail to hire and delegate properly. I’ve met with many people who fit this category and end up leaving their job due to burnout after taking on too much work.

Version 1.0
Change is a necessity in the workplace, but sometimes, people prefer to stick to their routine. To spot these people in interviews, listen to their stories and pay attention if they mention changes in the workplace and how they responded. If they stayed on the same path, that’s a red flag. I knew a manufacturing executive who failed to adapt to new technologies. This caused him to lose some of his biggest clients, and the business fell into a tailspin.

The One-Trick Pony
These people usually get stuck in a rut because they rely on their greatest strength to solve all problems. They will often aim for lateral moves rather than trying to broaden their horizons. I interviewed a one-trick pony recently who wrote amazing copy but struggled when meeting with clients face-to-face. His communication skills weren’t strong enough to work with clients or lead large teams. His career became stagnant even though he was eager to grow and move up.

Whirling Dervish
Energetic employees improve morale and production in a workplace, but sometimes lack the follow-through needed to complete projects. You can usually spot these people in interviews if you notice them avoiding your questions. They often come up with excuses for why they didn’t achieve results. Great ideas and strong morale do not make up for a lack of completion.

With knowledge of these archetypes, you can avoid hiring the wrong candidate for your team and instead focus on finding the perfect fit. 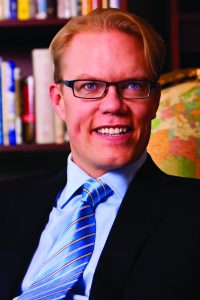 Dr. Geoff Smart is chairman & founder of ghSMART, a leadership consulting firm that exists to help leaders amplify their positive impact on the world. Dr. Smart and his firm have published multiple New York Times best-sellers. He stays active in his community and has advised many government officials.

Important! We hate spam as much (or more!) than you and promise to NEVER rent, share, or abuse your e-mail address and contact information in any way.
Loading Comments...